Research: 7 Reasons Why You Should Not Tie the Knot

We’ve been dreaming about it all our lives, but when it finally comes to that and your sweetheart gets on his knee, cold feet will show up. Why do you really have to say ‘yes’? Do you have enough savings to pay for that fairy tale wedding? And do you know that you will have a happily ever after? No stress, because research now shows that it may be better for your relationship not to get married.

Earlier research by the American New Research Center showed in 2012 that millennials increasingly doubt whether they want to get married. 29% of those surveyed said they were not financially prepared to get married, 26% were unsure whether their relationship was stable enough to marry and another 26% felt too young to tie the knot to step.

It is on the basis of those results that other research bodies also set to work to find out why it might be better not to get married. They say there are seven reasons why we should think twice before agreeing.

It used to be a must get married before you could live together as a couple, but fortunately, those times have changed. Premarital cohabitation is becoming increasingly popular, according to the US Census Bureau. You will no longer be obliged to marry someone you hardly know and will have the chance to get a taste of living together before you decide to always be there for each other. One of the most important rules: you only really get to know each other when you start living together.

Because marriage is ridiculously expensive

Okay, that ‘DIY’ wedding may be a lot cheaper, but you still have to pay a bill at the end of the ride and unfortunately you will not be able to pay for it with the gifts you received, because believe me it or not: the value of those presents can sometimes be quite disappointing. Why the hell would you pay a very expensive caterer for your guests when it is actually your party? Kind of the upside-down world, right?

Because women who don’t marry would be happier

Paul Dolan, a professor of behavioral sciences at the London School of Economics recently said that ‘if you’re a man you better marry, but if you’re a woman you better not’. He made that statement after examining the happiness levels from data from the American Time Use Survey. That study found that unmarried, childless women were among the happiest subgroup. He added that unmarried women are more likely to live longer than married women, although we find it a bit extreme not to get married just because you would live longer.

Because it is not necessary to get married at all

It is no longer necessary to wear a ring to have everything ‘on paper’. Yet we still often have the feeling that it ‘has to ‘, while that is not the case at all. Do you not know how that whole paperwork is put together? We figured it all out!

Because a ‘modern family’ is much more than a TV show

Families come in all shapes, colors, and sizes, yet the idea that marriage and parenthood go hand in hand remains in the back of our minds. A Pew Research Center survey found that 52 percent of millennials believe that being a good parent is “one of the most important things in life, while barely 30 percent say the same about a successful marriage. And that’s by no means all, as another study by the center revealed that the number of children living with an unmarried parent has more than doubled since 1968: from 13 percent in 1968 to 32 percent in 2017.

Because you will occasionally think about a divorce

Although you are not supposed to think about divorce on your wedding day, we are all secretly afraid of the word ‘divorce’. A study by the Journal of Family Relations found that respondents were very concerned about a possible divorce: as many as 67% of those surveyed were concerned about the potential social, emotional, and economic consequences of a divorce. The studies found that this is one of the reasons couples increasingly decide not to marry.

For some couples, marriage just doesn’t fit their dream picture and that’s perfectly okay. There are a lot of obligations attached to marriage that you may not like. Don’t let your environment persuade you to eventually do it, because that could end your relationship. 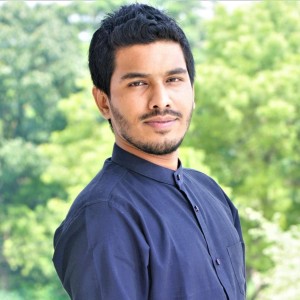 14 Tips for Green and Sustainable Marriage

11 Reasons to Get Married in the Fall